MAHEC is committed to training clinical psychiatrists in becoming proficient in the management of all major psychiatric symptoms and disorders in the medically ill within Western North Carolina. We are excited to help shape the next generation of physicians in consultation-liaison psychiatry.

Our fellowship focuses on the relationship between biopsychosocial factors and medical illness, advanced knowledge of psychopharmacology, and the multiple roles of an interdisciplinary team in the patient's treatment and management plan. Our goal is to provide opportunities, support, and resources to ensure our fellows can excel in their understanding of the dynamics of medical and psychiatric comorbidity, in their ability to manage complex care issues, and in their ability to provide effective consultation to medical and surgical colleagues after graduation.

We are looking for applicants who share our curiosity and enthusiasm for clinical research in this subspecialty, and who are interested in developing teaching skills as well. Our diverse and highly qualified faculty provide fellows with opportunities to care for patients from a variety of populations in many different settings. In addition to working with teams in both hospital and outpatient settings, we offer elective experiences with our palliative care and addiction medicine programs.

We invite you to explore our program, contact us with any questions, and submit your application for consideration. 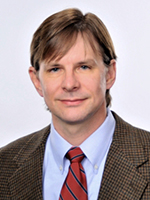 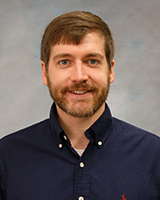 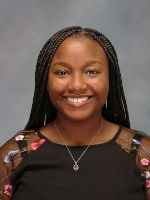 MAHEC is committed to creating an equitable and inclusive place to work, learn, and receive care. We actively recruit physicians, staff, and students from underrepresented minorities, and we strive to implement policies and procedures that value and support diverse backgrounds and experiences. MAHEC does not discriminate on the basis of socioeconomic status, race, ethnicity, sexual orientation, gender identity or expression, spiritual practice, geography, disability, or age.

The didactics curriculum consists of weekly topics in five main categories: consultation-liaison psychiatry, psychodynamics, clinical skills, psychiatric illness in a medical setting, and somatics. Fellows also receive instruction and guidance regarding the use of cognitive behavioral therapy, supportive psychotherapy, dialectical behavior therapy, and psychodynamic psychotherapy in the hospital setting. In addition to the optional journal club, case presentations, and conferences of the general psychiatry residency program, the fellows will participate in a consultation-liaison journal club and morbidity/mortality conferences.

Fellows are expected to participate in monthly consultation-liaison case conferences where they will evaluate their care, research available evidence, and offer a group discussion on the care that was provided. Fellows will also participate in quality improvement projects and study systems of care throughout their training. Financial support is available for travel to research-related activities.

Our outpatient psychiatry clinic, the Center for Psychiatry and Mental Wellness, is housed at UNC Health Sciences at MAHEC along with branch campuses of the UNC School of Medicine and a Master of Public Health program jointly conferred by UNC Gillings School of Global Public Health and UNC Asheville.

Our fellowship program is located on the same campus with our dental, family medicine, transitional year, internal medicine, obstetrics/gynecology, pharmacy, psychiatry, and surgery residencies, which provides an optimal environment for cross-fertilization of ideas and collaboration.

Dr. Mason came to Asheville in 2008 to work at the Julian F. Keith Alcohol and Drug Abuse Treatment Center in Black Mountain, NC. After three years of addiction and general psychiatry at that facility, he began working for the department of psychiatry at Mission Hospital.

Originally from Memphis, TN, Dr. Mason received his undergraduate degree in industrial and systems engineering from Georgia Tech, then completed medical school and psychiatry residency at the University of Tennessee. He was awarded the Psychiatry Resident of the Year in his fourth year of training. After a year as chief resident, he remained in the department as an associate professor and was awarded the Golden Apple Teaching Award both as a resident physician and as an attending.

His primary focus of practice has been hospital-based consultation-liaison psychiatry, but he has broad experience in various practice environments including community mental health and private practice clinics, public and private hospitals, rehabilitation facilities, and skilled nursing facilities. 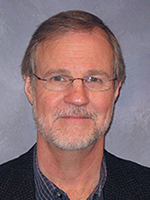 Dr. Buie is program director of the Psychiatry Residency and chair of the Department of Psychiatry and Mental Wellness. He treats adults with all psychiatric conditions with particular interests in bipolar disorder, attention deficit/hyperactivity disorder, depression, and anxiety disorders. He is trained in transcranial magnetic stimulation (TMS), a treatment for severe depression. Dr. Buie attended the University of North Carolina - Chapel Hill as an undergraduate on a Morehead Scholarship. He obtained his medical education at the University of the North Carolina School of Medicine. He completed a residency in internal medicine at a Columbia University training hospital in New York and a psychiatry residency at Cornell Medical College, also in New York. Dr. Buie is an adjunct associate professor of psychiatry at the University of North Carolina School of Medicine. He is a Distinguished Life Fellow of the American Psychiatric Association and was named a Distinguished Alumnus of the UNC School of Medicine. He is a past president of the North Carolina Psychiatric Association, is president of the North Carolina Psychiatric Foundation, and is a member of the American College of Psychiatrists.

In his free time, Dr. Buie enjoys hiking the beautiful trails of the Blue Ridge mountains, making wine and working in his permaculture garden. 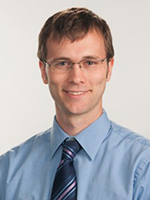 Dr. Fender completed his general psychiatry residency at the University of North Carolina at Chapel Hill in 2013. He was selected as a chief resident for his final year of training. Since 2013, he has been practicing hospital-based psychiatry at Mission Hospital in Asheville, NC. His clinical work at this time is predominantly consultation-liaison psychiatry and electroconvulsive therapy. 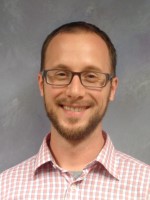 Dr. Freeman is a graduate of Eastern Tennessee State University Quillen School of Medicine and completed his general psychiatry residency at Virginia Commonwealth University (formerly Medical College of Virginia) in Richmond, VA. He was a PGY4 chief resident and then completed a consultation and liaison psychiatry fellowship at VCU.

Since 2015, he has lived in Asheville, NC, with his wife and three children. His primary role is that of clinician, managing one of the adult Copestone units, and providing emergency room and consultations as needed. He is an adjunct assistant professor at UNC Chapel Hill and provides instruction for medical students and MAHEC psychiatry residents. He enjoys working with learners at all levels. When not at the hospital, he is home with family or eating popcorn in one of our local independent theaters. 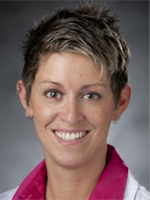 Dr. Perea grew up outside of Philadelphia, but has been coming to the Asheville area since age 5. She went to Wake Forest University for her undergraduate degree (and therefore does not follow any successful college sports teams), where she studied anthropology, was on the varsity track and field team, and played club Ultimate Frisbee.

She went to UNC School of Medicine and remained in Chapel Hill for her general psychiatry residency. She did one year of Child and Adolescent fellowship prior to joining the faculty at UNC School of Medicine for 4.5 years. She then spent 4.5 years at Duke, rounding out her 18 years in the triangle, before moving to Asheville permanently in 2019.

Dr. Perea has won multiple teaching awards at several institutions and strongly identifies as an educator. Clinically, she enjoys CL psychiatry and the intersection of mind and body, brain and behavior, medicine and psychiatry. She is an adjunct professor at UNC and can usually be found causing trouble with a student or resident.

In her spare time, she tries to keep up with her twin sons and husband, and is an avid equestrian who competes throughout the southeastern United States. 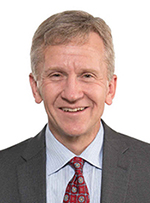 Dr. Zenn has been an active member of the teaching faculty in the Department of Psychiatry at Zucker-Hillside Hospital, and was an Assistant Professor of Psychiatry at the Hofstra Northwell School of Medicine. Dr. Zenn supervised R4 psychiatry residents in brief/time-efficient psychotherapy, most recently co-developing an innovative curriculum for residents to become proficient in Interpersonal Psychotherapy. He has taught several different courses in psychotherapy, managed care, and psychopharmacology, and has been awarded the Outstanding Teacher of the Year award by graduating residents in 2000 and 2016. In addition, Dr. Zenn was Co-Chair of the NSLIJHS Behavioral Health Performance Improvement Coordinating Group, and has been involved in many different initiatives, including suicide prevention activities, for Northwell Health. Dr. Zenn was part of the NSLIJHS Physician High Potential program from 2011-2013.

Dr. Zenn was named a Distinguished Fellow of the American Psychiatric Association and has served on the Board of Directors for the Greater Long Island Psychiatric Society. He was also on the Advisory Board of the Committee for Physicians Health of the Medical Society of the State of New York.

After graduating from the Boston University School of Medicine in 1987, Dr. Zenn completed residency at Hillside Hospital/Long Island Jewish Medical Center between 1987 and 1991, serving as Chief Resident in 1990-1991. He served in the U.S. Air Force as a psychiatrist from 1991 through 1995, and was awarded the Meritorious Service Medal. Dr. Zenn returned to Hillside Hospital and served as an attending in the Ambulatory Care Center until becoming the Director of the Hillside Behavioral Healthcare Group from 1997 through 2002.

Dr. Zenn is married to Deanna, and has a son and a daughter. He and his wife are avid runners, with Dr. Zenn having competed in five marathons and numerous half marathons, and Deanna completing eleven marathons. Dr. Zenn grew up in the Detroit area and attended Boston University as an undergraduate. 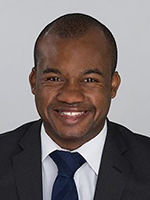 My name is Ron and I am overjoyed to be a part of the MAHEC family and participate in the tremendous work they are doing here in vibrant Asheville and western North Carolina in general.

I was born in Providence, RI, but my family moved around to Massachusetts, Minnesota, Colorado, and Ohio. I went to college at Washington and Lee University in Lexington, Virginia, where I fell in love with the vast beauty that is the Blue Ridge Mountains. During college, I tutored children at local elementary schools and delivered food to families in need in the surrounding community. I also spent a summer volunteering in the Dominican Republic and putting my Spanish major to good use. After completing my medical school education at Brown University, I am elated to live in the mountains once again and serve the people that live there.

I chose psychiatry because of the wonderful and unique communication that psychiatry encourages between caregiver and patient. I also seek to play a large role in increasing access to mental health resources so that patients from all walks of life may receive the care they need. With its emphasis on reaching the underserved, evident warmth, and scenic location, MAHEC was definitely the right choice for me. If you have any questions, please do not hesitate to contact me!

Applicants must have satisfactorily completed a Psychiatry residency program, have DEA certification, and be eligible to obtain a license to practice medicine in North Carolina through the North Carolina Medical Board. Additionally, applicants will be required to submit:


If you are interested in applying to our program, please complete the Common Application for a CLP Fellowship and submit it to cl@mahec.net. Questions regarding the application process should also be directed to this email address.