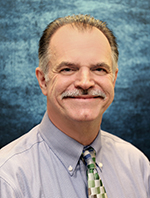 Dr. Cummins grew up in central Kentucky and has had a rich career in various dental venues. While in college and dental school at the University of Kentucky (Lexington, KY), he won numerous awards and then completed a residency in dentistry at Wake Forest University School of Medicine / North Carolina Baptist Hospital (Winston-Salem, NC). While in his final year of residency, he was honored to serve as the chief resident. Following successful completion of the residency, he moved to Newport News, VA and worked as an associate in private practice, while being on staff and holding hospital credentials at Riverside Regional Medical Center. While in Newport News, he was also on the clinical faculty at the Medical College of Virginia’s School of Dentistry in Richmond, VA. Dr. Cummins later returned to Wake Forest University School of Medicine to be on full-time faculty in the dental residency program. He then returned to his home state of Kentucky and opened (from scratch) and ran a solo private practice for fifteen years, near his home town. After retiring from his private practice, Dr. Cummins came to MAHEC to continue his career by sharing what he has learned throughout the years with both dental residents (at MAHEC) and students (from University of North Carolina Adams School of Dentistry). Dr. Cummins also sees patients at MAHEC Dental Health Center. His special interest within comprehensive dental care is crown and bridge dentistry. 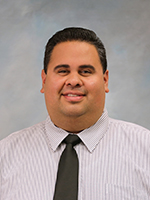 Dr. Gutierrez was born and raised in Utah at the base of the Wasatch Mountains and is happy to be amongst the mountains as a part of MAHEC. After his undergraduate studies were completed at Brigham Young University, he attended the University of the Pacific Arthur A. Dugoni School of Dentistry in San Francisco, California, gaining a love of helping others achieve their oral health goals. Following graduation from dental school, he completed a one year AEGD residency at the University of New Mexico. Prior to joining MAHEC, Dr. Gutierrez's career took him back to his home state of Utah where he developed and directed a dental clinic within an established community health center. It was there that he fostered an even greater love of practicing in rural communities and helping people that haven’t had the ability to access dental care on a routine basis. Dr. Gutierrez approaches dentistry with prevention in mind and loves helping people find confidence in their smile. 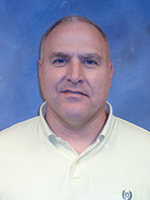 Dr. Jody S. Harrison was born in Bennington, VT, and grew up in upstate New York. He attended Pepperdine University in Malibu, CA, graduating in 1992 with a BS in biology. He graduated from the State University of New York at Buffalo in 2000 with a DDS degree. Following dental school graduation, he completed a two-year General Practice Residency at the University of Texas Health Science Center in San Antonio, TX (UTHSCSA). In 2002, he became an Assistant Professor at UTHSCSA, teaching clinical dentistry to 3rd and 4th-year dental students. In 2004, he was commissioned as a Captain in the United States Air Force and entered the joint program in Periodontics offered by Wilford Hall Medical Center (WHMC) and the UTHSCSA. Dr. Harrison graduated in June 2007 with a Master of Science degree from UTHSCSA and a clinical certificate in Periodontics from WHMC.

During his 10 years in the Air Force, Dr. Harrison attained the rank of Lt Colonel. He served as Director of Periodontal Education at the Air Force’s two-year Advanced Education in General Dentistry in San Antonio, TX. He was also Chief of Periodontics at Nellis AFB in Las Vegas, NV.

In the summer of 2014, Dr. Harrison separated from the Air Force, left Las Vegas, NV, and relocated to Asheville, NC, with his wife Jocelyn, children Max and Chloe, and Australian Shepherd named Flurry. In his spare time, Dr. Harrison enjoys his kids’ extracurricular activities, playing fetch with Flurry, and playing the drums.

Dr. Harrison is a Diplomate of the American Board of Periodontology and currently maintains membership in the American Academy of Periodontology, American Dental Association, and North Carolina Dental Association. He offers comprehensive treatment planning and periodontal care, including surgical and non-surgical treatment of periodontal disease, soft tissue and bone grafting around natural teeth and implants, sinus augmentation, and atrophic ridge grafting in conjunction with dental implant placement. 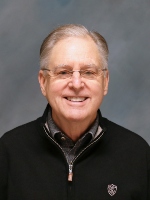 Dr. Ken Hornowski grew up in Asheville, received his DDS in Chapel Hill in 1979, and returned to Asheville where he practiced for more than twenty years. He then became an Adjunct Professor in the AEGD Residency program at the UNC School of Dentistry in Chapel Hill where he taught for the next fifteen years. Once his daughters started having grandchildren he returned to Asheville full time. Dr. Hornowski retired for a couple of years and then was excited to have the opportunity to once again teach residents in the outstanding Dental MAHEC Residency. He has lectured on Practice Management issues in the US and at the Southern European Dental Conference in Lodz, Poland. Dr. Hornowski truly enjoys teaching residents and fourth year UNC Scholars as they know it is time to understand how to provide excellent and enriching treatment for their patients. 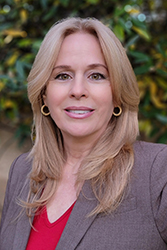 After graduating with honors from the University of North Carolina Adams School of Dentistry, and completing her residency and fellowship, Dr. Jowers came to Western North Carolina to help develop a hospital-based oral health program for Mission Hospitals. The resulting program successfully advocated for positive change and provided care to underserved people for two decades, and Dr. Jowers presented that program at the Surgeon General’s Conference in Washington, DC. She then taught with East Carolina University School of Dental Medicine where she served as Assistant Director for one of the learning centers until she was recruited to UNC at MAHEC.

Dr. Jowers' interests include: teaching new doctors and providers to be compassionate and effective; providing the public with better education in oral health and wellness; creating new ways to reach people with information, understanding and care; and providing operating-room oral rehabilitation for people who cannot tolerate adequate outpatient dental care.

Dr. Osta was born and raised on the eastern side of the state in Greenville, NC. She completed her undergraduate education in economics at UNC-Chapel Hill and Doctor of Dental Medicine degree at ECU School of Dental Medicine. As a fourth year dental student, she rotated through two community service learning centers in Western NC - Sylva and Spruce Pine. Dr. Osta fell in love with the mountains in NC and continued her dental education at the MAHEC general practice residency. She is excited to stay with MAHEC as an adjunct faculty member to share experiences while teaching and continuing to learn with her fellow colleagues in the dental profession. During her days off from dentistry, Dr. Osta enjoys spending time with family and friends and traveling. 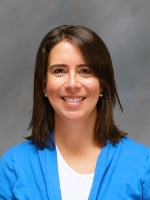 I am a North Carolinian through and through! I was born and raised in Raleigh and attended college and dental school at UNC-Chapel Hill. I was fortunate enough to do my General Practice Residency at MAHEC in 2011-2012….and to get married to my husband Chris who is also a dentist and MAHEC graduate. We moved away for a few years after residency but missed the mountains and soon returned to western North Carolina to stay. I truly enjoy all aspects of general dentistry and my heart is in helping people and treating patients like family. My work in private practice, dental education, and public health is a unique blend and has made me a better dentist, educator, and person. I am very active in continuing education and hold leadership positions in the Buncombe County Dental Society and the North Carolina Academy of General Dentistry. When I am not working I am soaking up quality time with our young daughter, riding my Peloton bike, or out walking our Labradoodle Flossy who we spoil completely rotten. 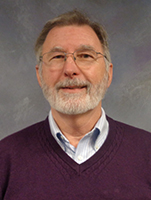 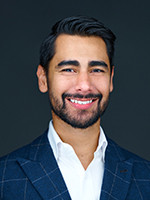 Dr. Valdez has been at MAHEC since finishing his specialty training in 2018. He currently is the GPR residency program director and director of dental education at MAHEC. Dr. Valdez has a special interest in hospital dentistry and medically complex patients, oral lesions, facial pain, and oral complications from autoimmune conditions and cancer treatment. He is the recipient of the Lester Burket Memorial Award from the American Academy of Oral Medicine and has multiple publications in peer-review journals. Dr. Valdez is also the service line leader for dentistry at Mission HCA hospital and serves as a board member of the Health and Human Services in Buncombe County. 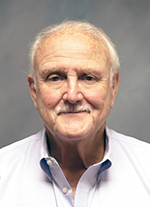 Norman Zarr moved with his family to Miami, Florida from Middletown, NY when he was two years old and lived there through his college years at the University of Miami in Coral Gables. He attended the University of Tennessee Dental School in Memphis and when on to work at the Virginia Health Department for more than two years. Upon leaving the Health Department he returned to Miami and started a dental practice in Hialeah where he worked for over 35 years. Dr. Zarr then took over another dental practice in Coral Gables, Fl, retiring from practicing general dentistry after four more years.

After trying retirement, he found his way back into the profession as an Adjunct Professor at the Nova Southeastern University School of Dental Medicine where he taught for a number of years. From that position, Norm then accepted another adjunct professorship at the Midwestern School of Dental Medicine in Glendale, AZ where he worked and taught for another three years.

Norm and his wife then moved to Asheville, the location they had previously chosen for their retirement years. One last unsuccessful attempt at retirement, and then Norm found his way to MAHEC where he has enjoyed being part of the dedicated and talented team of professionals. Working with the Residents and the 4th year UNC scholars has been a significantly rewarding part of his life, and Norm feels sincerely fortunate to be a part of the MAHEC community.